Should I hold GME? GME stock is down 80% from all time high

Coindesk reported that Tetras Capital took a loss of about 75% and decided to shut down its hedge fund and return money to their investors. Tetras Capital was launched back in 2017 to trade in altcoins. The fund later started leverage trading in ETH and became known for their ETH short. They took a short position in ETH back in 2018 when ETH was trading at around 700$.

At one point, Tetras Capital managed assets of around $33million. They were handling funds of more than 60 investors. Each of them invested around $100,000 according to their financial filings.

The crypto market had a big bull market back in 2017 and at that time many retail investors were looking for a quick return. And that gave birth to many crypto hedge funds. However, CME entered the Bitcoin market via its futures business resulting in a multi-year bear market & multiple hedge funds getting “REKT”.

It seems most of these so-called “Hedge” funds are not really hedged. 70 crypto hedge funds closed last year and the numbers are increasing. UK’s first licensed crypto hedge fund Prime Factor Capital also exited the crypto space over lack of demand. Also back in March when Bitcoin price plunged -50% in a day due to coronavirus pandemic, Adaptive Capital closed down their crypto hedge fund. 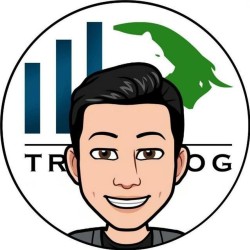